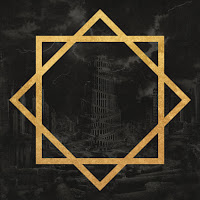 Ah, the universal language of music....Music is perhaps the most bonding instrument in human kind and what better idea for an instrumental Postrock band to name their release "Babel". Confusing people by introducing different languages is the "gist" of the story from the Tower of Babel and Ranges is standing up to the occasion to tell us something about the Postrock language. Here's the Review of their new release "Babel".

Well, the thing is that with every release, Ranges solidify their expertise in creating melancholic Postrock with a forlorn feel which, pleasantly, is the best kind of emotion I can receive from music.  Their 2017 release "The Ascensionist" is a very soothing, comforting album where this kind of atmosphere is easily reached.So.... what's up with Babel?


Opener Cadence puts you right into the Ranges vibe with Dutch spoken words of Genesis 11: The Tower of Babel. As a Dutch person, that's a nice bonus. I can't remember one single Postrock track that uses Dutch Spoken words, so hey, thanks! Another thing this track does is focus on the quality of recording / mastering. Instruments sounds way more "fat" than their earlier releases. Bass, guitars, drums  have a "thwang" and vibrate nicely in my ears. I love the subtle piano keys which accompanies this track.

Decadence is the first full featured track of this album and picks up a fast pace immediately. When the track  quiets down, you can hear a lovely guitar that resembles the sound of so many tracks from their previous album. All while the bass-guitar carries this track onward. If you listen closely, you can hear a lot of small synth sounds in the background


Babylon the Great, Pt. 3 is a pretty long track that picks up the pace pretty quick with waves of guitar. It quiets down and hits you with a lonesome vibe while slowly quieting down for Idolator, a track that's a bit heavier on the synth side. The combination of synth, background guitars and subtle lead guitar is quite excellent. The climax on the end is a bit heavier then I'm used to with Ranges (especially in the drums department), but it's a good thing. I can see us wobbling our heads at a live show.

Avarice is the comfort-snack track of this album. Everything that's likeable about Ranges, can be heard in this track. Slow beginning, with lots of repetition. A lead guitar that carries you away in the crescendo.


Luckily, Demagogue, the best track of the album, is a track that surpasses the standard boundaries in which Ranges make their music. It feels like they took a bit of a risk here and / or put away their safety protocols and here you have it: loud, brash, but always melodic. The climax is beautiful and surpasses the comforting sound we're a bit used to with Ranges. It shares a resemblance with the climax of Idolator, but it's done better with more power. It could last a couple of minutes longer, actually.

After this small face-melter, Sovereign gives you the chance to collect all your belongings as this serves as an interlude and readies us for Towers and album finisher Revelation. Tower is a track that should resonate with a lot of Ranges listeners, but strangely, it doesn't do that to me.


Album finisher Revelation almost reaches new heights, but it's a bit imprisoned in the confines of the band. A mysterious opening, a nice build-up, lovely synths at the 2 minute mark, a great lead guitar that lets you drift away to beautiful landscapes, and you're just waiting for that grandiose climax that... never comes in full swing, alas.

Babel is a very solid release by Ranges and if you like their earlier work, it's an easy buy! They still know how to make instrumental music that feels like coming home. Comfortable, melancholic, in between boundaries.. Earlier in this review I mentioned " they solidify their expertise in creating melancholic Postrock". That's a big complement, but I wish they would stretch their boundaries a bit, while keeping this atmosphere intact.

You can listen and buy Babel right here on Bandcamp. 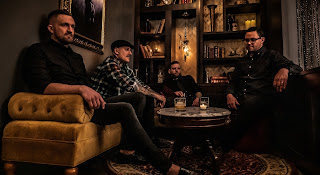