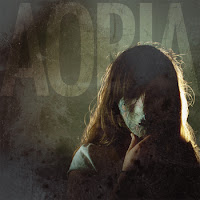 Alrighty, here's a big update full with cool music submissions from a lot of great bands. Read about, watch and listen to newly discovered music and support these bands by liking them on Facebook and listening to their music! Featured bands: Collapse under the Empire, Spaces, Amp Rive, Aoria, Miasm, Flynotes, Soeyoez and Miles Prower!


1. Collapse under the Empire - Closer


Collapse under the Empire is pretty well known within the scene and made some great albums / tracks. Their new album "Fragments of a Prayer" will be released on september 28th. For the track "Closer" they made a powerful videoclip to accompany a great track that oozes mystery. It's of great quality and is totally worth watching. I'm really looking forward to the new album and you should too!

The clip is a trailer of the shortmovie "the Secret number" by Colin Levy. You can watch the full movie here

2. Spaces -  Nothing Exists but Atoms and the Void


If you like your Postrock raw with a mixture of stoner and progrock, be sure to check out the new album "Nothing exists but atoms and the void of the band "Spaces" It's a cool 10-track album, that's worth listening to. It's a creative blend of styles that make this album a good listen. My favourite track is "Erda", with an uptempo leadguitar and nice build-up that connects with the core sound of this band.

I like it when a Postrock band connect their music with video. The end result is often fascinating but pretty common: you have your clips of space, nature, the sea... Amp Rive, an Italian Postrock band, avoids this cliché and pits an old man working on his own land, where he has an encounter with a strange being... and that's enough for me to say. The clip is written for the track "Best Kept Secret"that's featured on the album   "Irma Vep"  (nice anagram!) which can be downloaded for free(!) on mediafire here. Luckily for us, the whole album is great! Be sure to check the video and the album. Next to the track "Best kept secret" check out track no. 4 "Clouded down"

Yes, sometimes you like it loud and melodic! It's a bit like Porcupine Tree, but a couple of inches louder. Swedish Aoria isn't shy of some metal influences and in combination with the vocals, the 2 songs from the upcoming album "The Constant" deliver in spades. The band told me that fans of theirs tipped Aoria of my website and I'm glad they did! Count me in on coverage of their music and spreading the love...
Their debut album "The Constant" will be released on 10-10-2012!

Dark and brooding tracks are what you can find when listening to Miasm. Echoing vocals and a lot of atmospheric / shoegaze parts accompanies this free(!) downloadable album called "The Dark Roads". Download the album here and let me know what you think of it!

Totally Russian and totally bombastic old school postrock can be found while listening to the band "Flynotes". Check out the videoclip above if you like your instrumental rock uptempo and loud

Another discovered band form Belgium (what a fantastic alternative scene that country has.. I'm a bit  jealous....) The track "Battle of the Sparrows" is a great diverse track with speech / vocals / piano and light screaming. It sound like this band has to decide what direction to take, but their sound is unmistakably heavy and well produced. One of their major iunfluences is Chuck Norris, how cool is that! :-)


Sometimes, a band or composer submits me a track that's way out of my comfortzone. My initial reaction is something like "why do you mail me, as an administrator of a postrock website?" But I like these little surprises and I have a weak spot for small / indie - like composers who just want to share their track to anyone who gives a damn and therefore, reach more people. Maybe you'll like this elektro / synth / sc-fi track, maybe not, but hey, it's all up to you to decide
Amp Rive Aoria Collapse under the Empire Miasm Miles Prower Music submissions Soeyoez Spaces