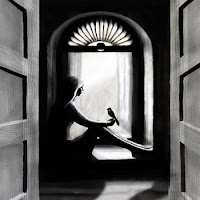 Let's kick off this year with some new tunes for you to discover. Read about and listen to some great submitted Postrock . Bands featured are: A Sudden Burst of Colour, Immovable Objects, Collapse under the Empire and Lifelike Portrait!


#1 A Sudden Burst of Colour
This newly formed band from Scotland has uploaded 2 songs on Youtube that definitely deserve more views. It's classic Postrock, but hell, it's really good stuf. Of the 2 songs, I like the track "Aphelion" best (listen below!). It's a quiet track with a nice build-up that gives a lot of space to that classic postrock guitar sound. The track eases the mind and makes you wander to good thoughts that has happened in your life. Be sure to like these guys on Facebook and give them all the views and support they need! A Sudden Burst of Colour - Facebook  Download "Aphelion" for free on Soundcloud!

#2 Immovable Objects
Well, this is why I love the scene! Another great sounding band offering it's music for free on Bandcamp. Man, there are a lot of hidden gems within the postrock-scene and Immovable Objects is one of them. A combination of Postrock / experimental / ambient creates an interesting sounding band. Listen to the track From Bondage to Spiritual Faith and go grab this album on a "pay what you want" system from Bandcamp. Be sure to support this band by liking them on Facebook. Also a big thumps up for the great artwork!

#3 Collapse Under the Empire
This is one Youtube video you must listen and see. From the great album Fragments of a Prayer, comes the second creative video for the track "The Great Silence". It's subtle track with lot's of instrumental layers  and is the soundtrack for a terrific stop-motion movie featuring clay characters in space. It's awesome if you ask me!


#4 Lifelike Portrait
If you're in for something out of your cosy Postrock atmosphere, listen to Lifelike Portrait. This band features a great female vocalist who sings / tells something like a poem and the track evolves in one big melodic slugfest that feels a bit strange, but pretty good! For sure there's a postrock-ish sound in this track.