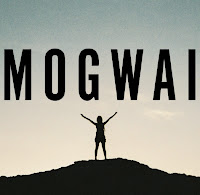 Headliner at Incubate 2012 festival in Tilburg: Mogwai! Scottish Postrock legends play their final show of the 2012 tour in my homecity, Tilburg. Review + lots of videos inside!


In a packed 013 venue, it was up to Mogwai to end the Incubate festival on Saturday, and boy, they delivered in spades. Mogwai has a huge discography to select tracks from. Their opener, White Noise, was good, but sounded very different from the album-version. On the album it's almost a sweet song, but live, it had more raw energy to it. After the opener, they played a mix of old and newer tracks like How to be a Werewolf, I'm Jim Morrison I'm Dead and the slightly misplaced Mexican Grand Prix, not my favorite. Well, that's the first and last time to for me to complain. The highlight of the show for me was the combined tracks of Hunted by a freak / Fear Satan. (check Fear Satan live at Incubate below!) A perfect symbiose of calming / soothing sounds, shredding guitars, and a blinding lightshow (compliments to the light dude!) . For me, Fear Satan from the album Young Team  is the most epic Mogwai track ever created and I had a blast seeing and hearing this live. The most awesome moment? The seemingly endles calming / soothing intermezzo of Fear Satan that suddenly errupts out of thin air in epic guitar / drum violence that's so enormously powerful....Mogwai ended their 2012 tour tonight, and a good ending it was. As I said on Facebook: My ears are destroyed but my soul is saved...The sound at 013 was loud but crystal clear, the light show was fantastic and the audience enjoyed the hell out of Mogwai!