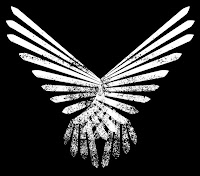 Long Distance Calling played on 4-11-2012 as a support act of Anathema. Listen to a brand-spanking-new track of the upcoming album "The flood Inside", recorded live at 013-Tilburg. Also available live: Into the Black Wide Open!


Long Distance Calling rocked hard at Tilburg, with a 45 minutes set full of tracks from nearly all albums like Black Paper Planes (epic classic, also available as a live recording right here ) and  Into the Black Wide Open which you can see and listen below. As always, the sound in the 013 venue is absolutely fantastic with shredding guitars, pounding drums and cool noise effects. To hear the tracks of Long Distance Calling live,  is sometimes worlds apart from the album-version. It's much more rich and it seems to me they added elements to the live versions of their tracks for more rock 'n roll.

A couple of months ago, I discovered that Long Distance Calling is working on a new album and I hoped they would play a track from their forthcoming album The Flood Inside. Well, they deliverd..... listen to it below. I don't know the name of the track as I can't find a tracklist for the new album, availabe march 4 2013. It's a track that needs time to reach the magic moments, so stick with it. I like the almost African rythm drums and the sheer positive vibe I got while watching and listening to this track. Enjoy!